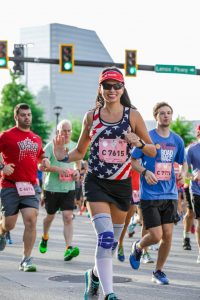 Disclaimer: World-ranked and All-American track and field athlete, Tina Klein, is my running coach. I am a better, faster runner because of Tina.
Now that we have disclaimers out of the way, this is a behind the scenes look at the Atlanta Running Guide.

It started out so innocently. On a extended weekend trip to Chicago, I got into a discussion with my Chicago friends, Lisa and Brad about the Peachtree Road Race and the running culture in Atlanta. At about the same time, I decided I wanted to create another Alexa Skill (I had 5 approved Alexa skills at that point). My last published Alexa Skill offers advice to runners on clothing levels based on temperatures, running intensity and a few other factors. You can access the Running Clothes Alexa Skill here, or watch the demo video here.

I subscribe to the “Write what you know,” Mark Twain methodology. After completing 2 full marathons, 7 half marathons, and an assortment of 30 other races in 5 years, I’m pretty savvy about the Atlanta running scene. I thought about how little I knew about Atlanta running when I started, and how great it would have been to have a running resource specific to Atlanta. 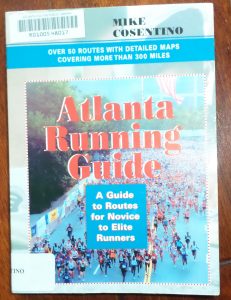 In my research, I came to the conclusion that there was no objective and up-to-date guide for runners in Atlanta.

I started putting together lists of my favorite races, places, and running tribes to send to my Chicago friends, perhaps to peak their interest in visiting Atlanta some day. I realized that my recommendations were biased to my experiences, the races I had completed, and the run groups I was a part of. I needed to be more objective.

I decided the best way to get this information was to launch a survey to the Atlanta running community. 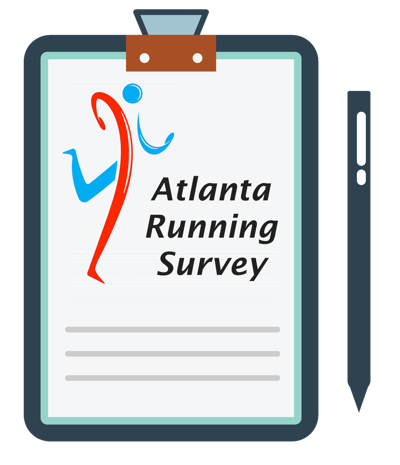 I grouped my questions into a few main categories:

Now that I created the survey, how would I solicit responses?

Surveys ask for time, and people are busy. I didn’t have a Starbuck card to offer up or any other gift for that matter. I started by asking my run coach, Tina Klein. I also made requests and over social social media. Of course, Tina was gracious in helping me get the word out and solicit responses for the survey.

My personal survey creed for the Atlanta Running Guide:

Once I closed the survey, I downloaded all of the responses and started ‘scrubbing’ the data. I removed all duplicates and exactly 4 surveys of self-identified non Atlanta runners. I ended up with over 250 qualified legitimate survey responses with over 88% of respondents with 2 or more years of Atlanta running experience.

Bigger races are more bigger for a reason. People vote for races they have completed and/or are familiar with. The larger the race, the more votes the race received.

After the Peachtree Road Race, half marathons were the most popular races.

Side note: When I first started running, traveling 13.1 miles on foot seemed impossible. Now that I’ve completed 7 half marathons, 3 in the past 12 months, I can see how the half marathon distance is quite popular. There’s usually great race support, with a medal and chocolate milk at the finish.

From this data, I created “Top 5 Lists”  of various races, places to run, run clubs, and training programs. I started by creating a simple document with the data. I researched each entry on every list; found their website and wrote a short description for each.

I sent the lists to the people who helped me solicit responses for the survey on August 9th as promised. 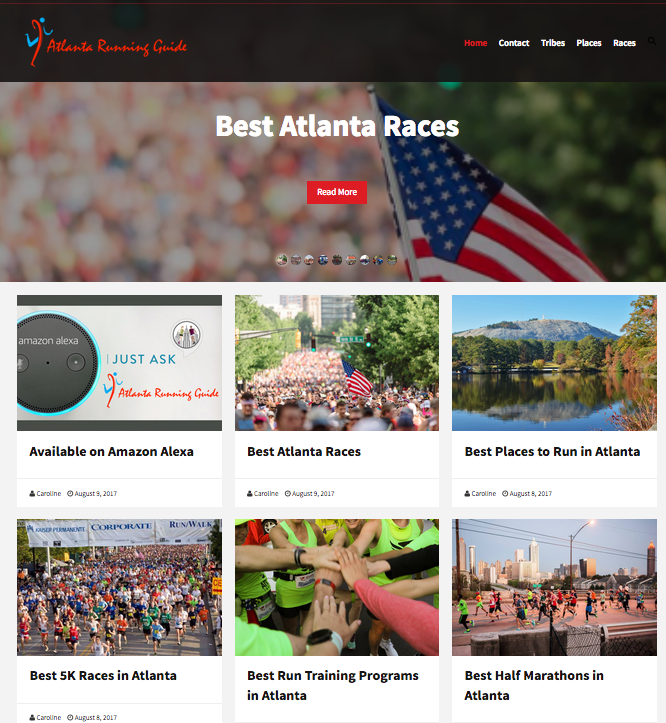 Additionally, I wanted to make the information available on the latest technologies including Amazon Alexa. I created a voice version for Alexa and submitted it to Amazon for approval. The Atlanta Running Guide is now available on Amazon Echo, Echo Dot, Echo Tap, and Echo Show. 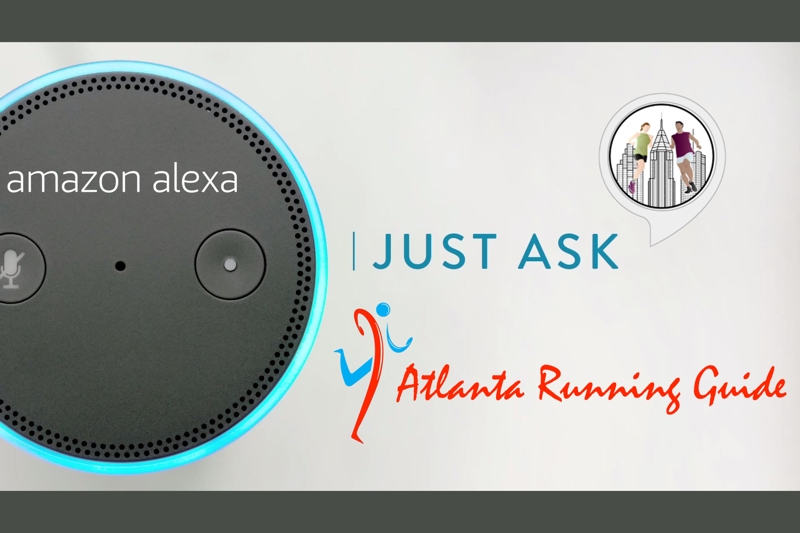 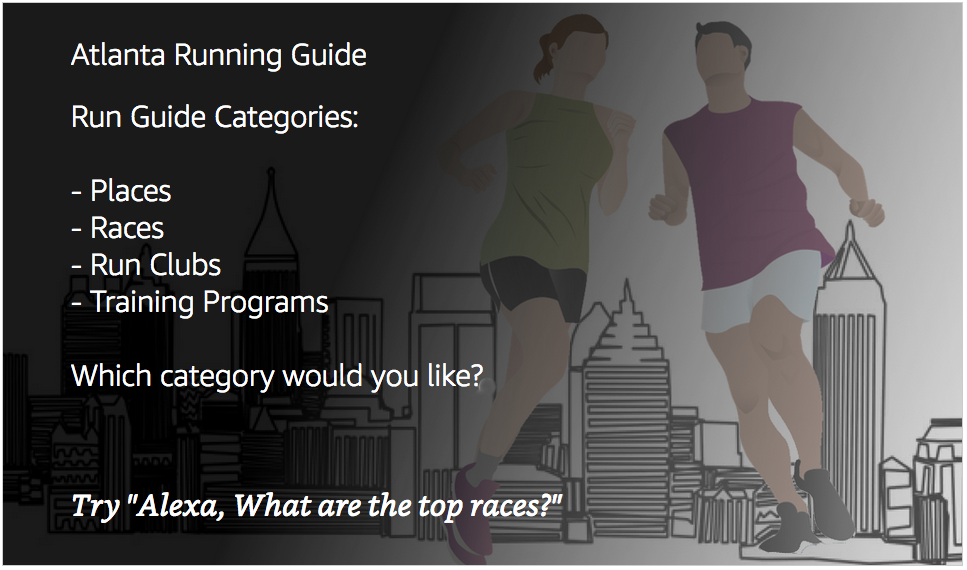 Previous StoryHead Coach Tina Klein featured on MapMyRun
Next StoryRunning with a Fever?

Improve the quality of your life through running. Tina Klein (Certified Running Coach) and her crew of coaches in Atlanta are ready to train you for your next 5K, 10K, Half-Marathon, or Marathon.

Like us on Facebook to get the latest information on training and running events in Atlanta, Georgia.